The following is a list of all sigla assigned to Donne's sermons that were printed in the seventeenth century, from his first 1622 sermon in quarto, to the majestic collections in folio that were published posthumously in 1640, 1649, and 1660/61. Sigla describe first editions, and subsequent issues or editions (either singly, or in groups). All sigla have been cross-referenced against previous entries in STC, Wing, and Geoffrey Keynes, A Bibliography of Dr John Donne, Dean of Saint Paul's, 4th edn (CUP, 1973). A full rationale of assigning the sigla, and a full printing history of all these titles, will be given in the Textual Companion volume to the edition. Click the image to download the file as a PDF. 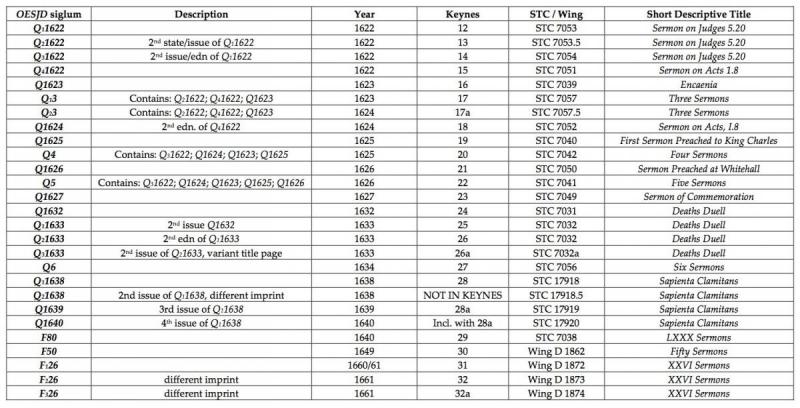