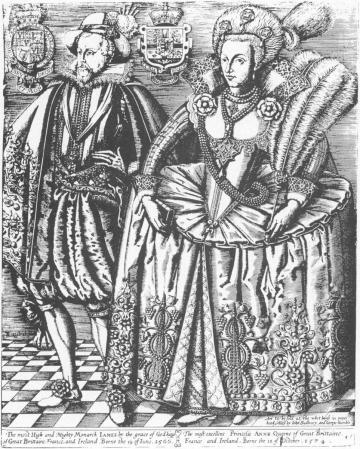 John Donne frankly acknowledged King James as the prime earthly mover behind his ordination (after much cavilling) in 1615. Within weeks of that ordination, James also secured for Donne an honorary doctorate from Cambridge, and appointed him his chaplain-in-ordinary. Such an almost instantaneous transformation from layman to doctor of divinity and royal chaplain is without any known precedent in early modern England. Whereas most royal chaplains were only appointed after proving themselves at university, in parishes, and in chaplaincy to bishops or nobles, Donne joined James’ rota of stellar preaching chaplains without a regular degree, preaching experience, or even a benefice to his name. Volume I of the Oxford Edition of the Sermons of John Donne presents the first fruits of that remarkable transformation. These ten sermons show Donne’s impressive ability to take not just to any pulpit, but to the most prominent one in the land, with a pastoral confidence, a rhetorical sophistication, and a theological nous that from the beginning rivalled that of many of James’s most seasoned preachers

The guiding principle of The Oxford Edition – presentation of Donne’s sermons grouped according to auditory – allows for the first full revelation of how court preaching almost exclusively defined Donne’s first two years as an ordained minister and as a preacher. The introduction will draw heavily on the editor’s own published work on court preaching, and on Donne as a court preacher, to document the institutional aspects of court chaplaincy and preaching, including venues, audiences, and rotas – most importantly the chaplains’ one-month-per-year service at court (Donne’s being April), and how Donne was also a permanent fixture in the highly popular annual court Lent sermon series. It will show how Donne adapted his sermons to fit liturgical as well as social expectations at court, and how he differentiated his rhetoric between the more intimate chapel royal, and the much more public setting of the Lent series in the outdoor Preaching Place at Whitehall. All of the sermons included here are firmly dated in their earliest witnesses, and many of these datings can also be corroborated by contemporary eyewitness accounts. However, knowledge of the institutional history of court preaching, and of the conventions observed in printing these sermons, has already informed my published arguments for this volume’s one important departure from the present standard scholarly edition of Donne’s sermons (Potter & Simpson): the assignment of the 1615 sermon titled ‘Preached at Greenwich’ to its proper place as a court sermon at Greenwich Palace, correcting Potter & Simpson’s implausible assignment of it to Greenwich parish church (on this point misled by Izaak Walton’s hazy hagiography, and by a lack of familiarity with sermon imprints from the period in which ‘at Greenwich’ without exception means the royal court there)

Immediately obvious in the arrangement of the sermons in this volume is April as the month in which Donne ‘waited’ at court. He shared with three other chaplains the not insignificant burden of preaching every week two Sunday sermons (one each for the royal household and the household ‘below stairs’) and one Tuesday sermon (a custom instituted by James to commemorate his Tuesday deliverance from the Gowry, and then the Gunpowder, Plots). Not aware of this institutional detail, Potter & Simpson were thus insensitive to the way the rota encouraged linked sermons. Pertinent for this volume is how they were put to unnecessary confusion over the two court sermons on 1 Timothy 1.15 (which in their 1661 print witnesses bear dates of 19 April 1618 and 2 April 1621), leading them to present the sermon as preached in two parts on the same day (something without any historical precedent). The former date was a Sunday, the latter a Monday. Since only Sundays and Tuesdays were preaching days at court, this edition posits the much more likely scenario of two sermons preached on the same text on 19 April and the following Tuesday or Sunday (21 or 26 April), 1618. Donne’s first two sermons for the court Lent series (1618, 1619) – always the first Friday in Lent – are firmly dated. The first is an outstanding example of how from that vantage point he consistently trained his eye upon the last (Good) Friday of the penitential season; the second is one of his greatest expositions of the duties of both the preacher and of his auditors

Volume I also includes two sermons preached, presumably by special command, outside Donne’s routine court service. As I have shown elsewhere, his sermon before Queen Anne is a suave combination of an encomium to divine love and sharp cautions against the dangers of Roman Catholicism (the queen being a rumoured closet Catholic). The volume concludes with one of Donne’s greatest sermonic achievements, his Easter sermon for 1619. The immediate context must have been almost unimaginably fraught: already in mourning for the queen’s recent death, the court was gripped by fears of James’ own death and leading courtiers had rushed to his bedside at Newmarket. The preacher always appointed to preach coram rege on Easter day, Lancelot Andrewes, did so at Newmarket, leaving Whitehall services in the hands of the remaining chaplains. Donne must therefore have found himself at the very last minute preaching one of the most important sermons of the year, and possibly of his career to date. He rose to the challenge with a tour-de-force that redeemed the fears of the times as well as of eternity by gradually revealing the startling text ‘What man is he that shall not see death?’ to be an affirmation of the resurrection.

Sermons Contained in This Volume