Volume V: Sermons Preached at the Inns of Court 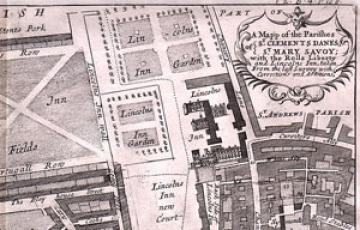 Volume V of the Oxford Edition of the Sermons of John Donne aims to provide an accurate, reliable and durable edition of Donne’s later Lincoln’s Inn sermons. In keeping with the overall rationale of the edition, the sermons will be grouped together by place of preaching and, within this, in chronological order of delivery, and will be framed by a comprehensive set of paratextual materials—introductions, headnotes, annotations—which will seek to shed light on the historical, intellectual and biographical circumstances of Donne’s preaching, as well as the textual challenges offered by the sermons in the volume.

The ten sermons in this volume collectively illustrate the limitations of the textual and literary approach adopted by Potter and Simpson’s California edition (1953-62; hereafter P&S).  P&S arrange Donne’s sermons chronologically by date of delivery: while this works well for the majority of sermons preached at the Jacobean and Caroline courts (as well as for those preached for the nobility and gentry), it creates difficulties for other venues.  Almost half of Donne’s sermons (66 of the 160) are undated; for a significant number of sermons we only have vague and conjectural dates.  Many of these were preached at St Paul’s or the Inns of Court.  In the case of the present volume, seven of the ten sermons only receive vague and tentative dates from P&S.  This fact alone demonstrates the shortcomings of a purely chronological approach.  Moreover, in their attempts to establish a chronological relation between the sermons, P&S were often hindered by a second editorial assumption: their focus on the literary qualities of Donne’s sermons.  When trying to gauge the excellence (or otherwise) of Donne’s preaching performances, the California editors invariably revert to the criteria of ‘eloquence’ or ‘poetic appeal’.  Against these timeless literary qualities, the contemporary concerns of the Lincoln’s Inn sermons stand out as inelegant, mundane and at times positively distracting.  As P&S observe of nos 8 and 9 in the table above, ‘[these texts] are definitely of an age and not for all time. …  They were called forth by a particular set of circumstances, and when those circumstances passed, the sermons lost their value.’ (vol. IV, pp. 23-4)  Yet these ‘circumstances’ are vital not only to addressing the question of Donne’s religious and political allegiances, but to tackling the textual challenges of Donne’s sermons; it will thus be one of the main projects of the proposed volume to reassess P&S’s findings and, wherever possible, re-assign dates by placing internal literary evidence in the light of recent research on the political and religious contexts of Donne’s preaching.

Even setting aside this negative evidence, however, the case for grouping the sermons by place of preaching is a compelling one.  Recent scholarship has demonstrated the crucial importance of location and audience to early modern sermon practice: the General Editor, Peter McCullough, has uncovered the vital connections between architectural, rhetorical and political setting in the Elizabethan and Jacobean pulpit; more recently, Emma Rhatigan’s Oxford thesis (2006) has significantly advanced our understanding of Donne’s Lincoln’s Inn auditory.  (Dr Rhatigan’s work on the institutional arrangements for appointing preachers at Lincoln’s Inn, and on the religious, professional and personal affiliations of Donne’s audience members, will appear in her introduction to vol. IV of the proposed edition.)  My aim is to build on these studies, and to advance the reader’s understanding both of the physical spaces in which Donne’s sermons were performed, and of the rhetorical, devotional and polemical possibilities opened up by them.  Encænia, the sermon preached by Donne at the dedication of the new Lincoln’s Inn chapel (no. 9), provides an ideal opportunity to fulfil the first remit: the surviving details of the 1623 chapel in the Lincoln’s Inn Black Books and the Saunderson papers allow us to reconstruct its lay-out with relative accuracy, and records held at Gray’s Inn may provide some indications as to the architectural setting of the old chapel.

The other sermons in the volume, while less overtly concerned with the material aspects of building a congregation, show a sustained commitment to Lincoln’s Inn as a site of intellectual, ethical and civic engagement.  Nos 4-7 in the above table form part of an incomplete series on the Trinity—by Donne’s own admission a uniquely ‘knottie’ issue in theological thought.  Despite the fact that the final pair of sermons (on the Holy Ghost) is missing, the remaining four allow us to observe the development of Donne’s homiletic technique across a structurally and thematically coherent sequence of texts.   The Trinity series also raises important questions about the balance of pastoral and controversial concerns in Donne’s sermons, especially in relation to contemporary anti-Catholic polemic (a subject that recurs in nos 2, 8 and 9).  The political dimension of Donne’s preaching makes itself felt most strongly in two sermons on Matthew 18.7 (nos 2 and 3), which raise decorous yet firm objections to James’ pacifist foreign policy in the Palatinate.  Here, once again, the introduction and annotations will take full benefit of recent developments in the study of Donne’s sermons, most notably in the work of Jeanne Shami and Mary Papazian.

The most vital task of a new edition of the Lincoln’s Inn sermons, however, will be to assess the nature and scope of Donne’s legal learning.  This is a subject that has been conspicuously neglected in modern scholarship. Because a comprehensive assessment of Donne’s juristic thought would explode the boundaries of the volume, I propose to concentrate on two central elements.  The introduction will explain Donne’s legal training and set out the range of Donne’s references to the law in this volume: his engagement with civil, canon, and common law, and with the institutional structures of the English legal system (especially common law courts vs. conciliar courts and courts of chancery/equity; forms of action; contract, property, and criminal procedure).  All of these references will be followed up in the annotations, which will explicate technical usages in detail.  The introduction will then focus on the most dominant subject of legal interest in these sermons: the relations between common law and prerogative justice (nos 1, 3, 4, 5, 7).  Some of the texts, especially nos 1 and 3, configure this issue in explicitly political terms as addressing the limits of royal power.  The crisis in the Palatinate, and, closer to home, the impeachment of Lord Chancellor Bacon, serve as volatile backdrops for the legal sermons of 1620-1621.

But while the legal terminology of the sermons clearly serves as a means of commenting on pressing contemporary concerns, its main purpose is a broader one.  The questions that Donne most persistently returns to in his discussions of prerogative justice are interpretive and rhetorical.  Equity, the legal concept cited so frequently by James I in support of his claims to absolute moral and political authority, is reconfigured in Donne’s sermons as a hermeneutic process that underpins not only specific juristic procedures but the larger modes of thought and inquiry that frame them.  The most essential concern of these sermons is how to read (in a highly technical sense) contemporary events, and how to bring scriptural texts into fruitful contact with the human and divine judgements by which they are informed.  The terms that find themselves under the most acute pressure in Donne’s preaching are those which associate interpretive decisions with moral ones: ‘curiosity’, ‘subtlety’, ‘charity’ and ‘discretion’.  Equity thus offers a set of hermeneutic mechanisms that would have had specific professional and political applications for his audience, but is equally suited (via analogies with casuistical thought, for instance) to illuminating questions of doctrinal and devotional import.  The terms of the law, then, help Donne to put in place a number of hermeneutic key terms and processes that he would draw on—albeit in radically different incarnations—throughout his career; they raise vital questions about the motives of exegesis and controversy, and about the forms of argument which express and frame them. It is no accident that the Lincoln’s Inn sermons (espesically nos 3 & 7) contain significant echoes of the Essayes in Divinity, Donne’s first attempt at a sustained and systematic exegesis of scriptural texts.

A final concern of the proposed volume is to attend to the Lincoln’s Inn sermons as complete structural and rhetorical wholes.  Donne’s recourse to oratorical theory—the discovery of topics (inventio), the disposition of material in the sermon divisio, or the sustained use of rhetorical tropes and figures (elocutio)—is far from dry technical reference or superfluous ornament.  For Donne, rhetorical structures frame and articulate modes of argument, thought, and feeling; they are inseparable from the political, doctrinal and devotional impact of a sermon performance. Attending to these formal choices is therefore crucial not only to assessing the aesthetic dimension of the sermons: it goes to the very heart of Donne’s polemical and intellectual concerns.