Volume III: Sermons Preached at the Court of Charles I 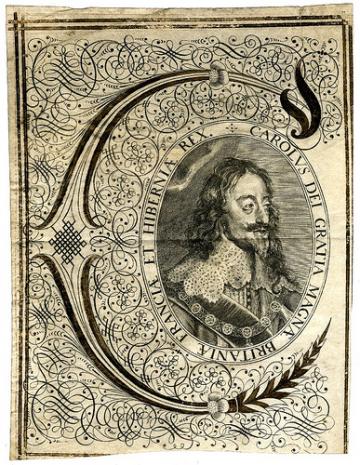 As a component volume of The Oxford Edition of the Sermons of John Donne, this edition aims to provide an accurate, reliable and clear text of the sermons preached by Donne at the court of Charles I, in original spelling and with printed marginalia as supplied in the earliest editions, with textual notes and full commentary. In keeping with the overall rationale of the edition, the sermons are grouped together by place of preaching and, within this, in chronological order of delivery. Where possible, priority will be given to the text deemed closest to that originally preached by Donne.

The grouping of sermons by place of preaching has several distinct advantages over the purely chronological approach taken by Potter and Simpson’s California edition (1953-62; hereafter P&S) in relation to the Caroline court sermons. Recent scholarship (by, in particular, the General Editor, Peter McCullough) has demonstrated both the vital importance of location and auditory to our understanding of early modern sermon practice in general and the precise lessons we can learn about Donne’s approach to his ministry, his style, and his engagement in local controversy and larger theological discussions from focussing on the pulpits in which and the auditories to whom he preached.

More specifically, presenting and studying Donne’s Caroline court sermons together provides unparalleled insights into his relations with Charles, his interventions into pressing political and theological debates and his shifting fortunes in a period that saw the rise of anti-Calvinism. Studies of Donne’s court preaching have, as McCullough has pointed out, tended to concentrate on his performances under James VI and I, and have sought to categorise him as either a royal mouthpiece or a subtle critic of the king. The sermons he preached for Charles’s court reveal him at his most complex, pugnacious, daring and deft, and profoundly complicate the standard view of his churchmanship. The volume contains the first sermon preached before Charles, delivered at his court at Saint James’s shortly after Donne had preached over the body of his father at Denmark House (no. 1). Charles’s choice of Donne to effectively mark his succession has intriguing resonances, and suggests that at the start of his reign the king was more interested in continuing to foster the broadly Calvinist outlook that characterised his chapel as Prince of Wales than in pursuing religious innovation. We also have here the only sermon by Donne specifically recorded as being preached to a monarch’s household rather than the king and court (no. 4), which reveals Donne’s attentiveness to decorum in speaking in quite different terms than those he had used to address the king only twelve days previously. Two of the sermons (nos 1 and 2) were printed by royal command, but neither these nor the remainder are mere echoes of Donne’s master’s voice; rather, they continually return to questions of kingship and counsel, and of the ills that pervade the court and the country. Donne does not shy away from using his role as court preacher to instruct as well as to edify the king and his court, addressing the very foundations of rule (no. 1), the dangers of religious controversy (nos 3, 13), the relationship between the king and the law (nos 2, 5, 10) and the evils of slander and seditious whispering (nos 4, 6). Although Donne began safely in Charles’s favour, by the time he preached in April 1627 his outspokenness on the last mentioned topic earned him an uncomfortable interview with the increasingly influential Laud; this was a marker of the waning of his fortunes as a court preacher. This did not prevent him, however, from continuing to speak on matters as fraught with tension as the unhappy prosecution of war with France and Spain (no. 8) or the calling of Parliament specifically in the hope of subsidies (no. 9). Finally, one particularly important aim of this edition will be to resituate Donne’s famous final sermon, Deaths Duell, in its proper place as a court sermon preached during Lent, and to recover it from generations of biographical and thematic interpretations, which have seriously compromised our understanding of this fascinating text.