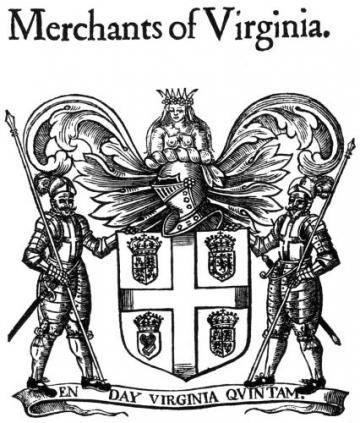 John Donne was a Londoner, the son of a liveryman who served as warden to the company of ironmongers. These sermons demonstrate Donne’s thorough involvement with the politics of the city, and his readiness to handle controversial subjects deftly.

Donne is the only dean of St Paul’s other than Alexander Nowell (d. 1602) that we know preached frequently at Paul’s Cross, which demonstrates his continued engagement with the business life of the city. The one sermon in this volume not preached before the Corporation and citizenry of London is the 1622 sermon to the Virginia Company, and there Donne exhorts that group of gentleman entrepreneurs to act as an example of fairness and justice to the other mercantile companies. The government’s choice of Donne to preach in these very public pulpits at moments of heightened political tension (most notably on the accession day of 1617, when James I was on the Long Progress to Scotland, and on September 15 1622, when he was asked to explain the notoriously unpopular Directions for Preachers) suggests that he was considered a speaker who had an affinity with, and therefore could mollify, the London audience.

These are among the most overtly political and widely discussed sermons that Donne preached. They were delivered over twelve years that saw a crucial shift within the Jacobean church hierarchy (from a ‘Calvinist consensus’ to domination by the ‘avant-garde conformists’ like William Laud) and in the politics of England, the last sermon being preached at the start of Charles I’s ‘personal rule’. The political complexion of Donne’s auditory for these sermons was also changing, as the upper echelons of London’s business community became increasingly dominated by anti-Puritan monopoly traders. Potter and Simpson’s edition scattered these sermons across four volumes, and consequently diffuses the readers’ sense of how Donne’s arguments evolved over time.

For example, in his accession day sermon of 1617 Donne argues that trusting the king is an element of political obedience; that point then became central to his 1622 sermon defending the King’s Directions for Preachers. There, Donne asks his hearers to trust James’ published reasons for the Directions rather than relate them to the prospect of a ‘Spanish Match’. Donne repeats the point that the duty of obedience includes trusting the king in his Gunpowder Plot sermon, preached in the same place two months later. In that sermon and in his 1627 Paul’s Cross sermon, Donne uses the same biblical commonplace, Luke 19:14 (‘We will not have this man to reign over us’) but in markedly different ways. In 1622, it proves the sinfulness of Catholic recusants; in 1627, it applies both to recusants and to those who ‘fix a super-Soveraignty in the people, or in a Presbytery’ (P&S VII, p. 427). Balancing the threat posed by Catholic resistance theory with that presented by Presbyterian political ideas was central to King James’ speech to parliament after the Gunpowder Plot, but it was taken up by relatively few preachers on the subject. Donne’s use of it in 1627 but not in 1622 is telling, as it suggests a new readiness on his part to adopt the Laudian tactic of re-describing all puritans as dangerous radicals.