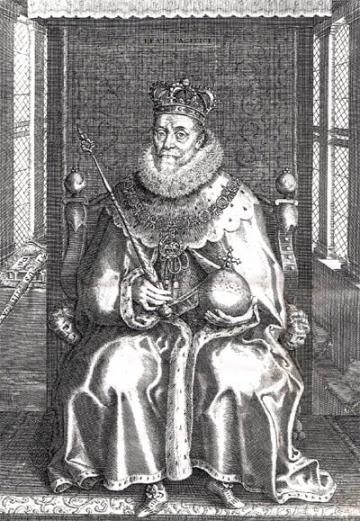 This volume aims to establish authoritative texts for Donne’s sermons preached at royal courts between 1619 and 1625, the last years of the reign of James VI & I. As such, it constitutes a companion volume to Vol. I: Sermons Preached at the Jacobean Courts, 1616-1619, and is in accordance with the overall rationale of the edition: sermons are grouped together by preaching venue and, within this, in chronological order of delivery. A comprehensive introduction to the volume will provide accounts of the contexts of each sermon, and each sermon will be furnished with textual notes and full commentary. Close consultation with the editor of Vol. I (Peter McCullough) will ensure coherent distribution of introductory material between the two volumes.

Grouping Donne’s later Jacobean court sermons by preaching venue confers a number of distinct advantages over the purely chronological arrangement of Potter and Simpson’s California edition (1953-62; hereafter P&S). Recent scholarship, for example, has emphasised the responsiveness of early-modern pulpit oratory to preaching location. This volume will reflect this emphasis, showing how Donne carefully adapted the inflection and substance of his sermons to suit the distinctive physical settings and congregational characters of the late Jacobean chapels royal. Studies in the forty years since P&S have also shown that continuities between sermons arise most often between those preached to the same congregation. Hitherto, such internal links have been obscured by the fragmentary arrangement of the seventeenth-century folios of Donne’s work, and also by the chronological layout of P&S, which scattered Donne’s twelve extant court sermons, preached between 1619 and 1625, over five non-consecutive volumes. By contrast, the present volume seeks to bring to light for the first time the numerous doctrinal, pastoral, and rhetorical parallels that exist between those sermons.

The importance Donne attached to his obligation to preach at court, as royal chaplain-in-ordinary to James VI & I, is well known (‘as long as I live, and am not speechlesse, I would not decline that service’). Less clearly understood, however, though much debated, is the precise rhetorical, political, and doctrinal nature of Donne’s celebrated performance in his 1619-1625 court sermons, delivered in the midst of momentous personal and public events. In 1619 the disastrous election of Frederick V as King of Bohemia inflamed confessional hostilities in Germany; in 1622 Donne was elevated to the deanship of St Paul’s, and in the same year Calvinist Heidelberg fell to imperial, Habsburg and Catholic League forces; in 1623 the failed journey of Prince Charles and the Duke of Buckingham to Madrid led to war with Spain; later that year, Donne’s severe illness inspired his Devotions Upon Emergent Occasions, published in 1624; and in April 1625 the death of James was followed by the accession of Charles I. The bibliographical record shows that transcriptions of Donne’s court sermons from these years were read and circulated widely: five of the twelve sermons in this volume survive in manuscript, four of which were copied on more than one occasion. Bringing Donne’s late Jacobean court sermons together in one volume, therefore, offers an outstanding opportunity to advance existing scholarship in a number of specific areas. The first of these concerns the fraught question of Donne’s politico-religious identity, variously portrayed in recent studies: from subtle critic of royal policy (‘Donne of the puritan imagination’), to royal absolutist and dedicated ‘Kingsman’ (‘Donne the Arminian’).

However, apparent theological or political ambiguities in Donne’s court sermons appear less incongruous when seen in the light of conventions of late-Jacobean court preaching. Taking into account the shifting religious outlook of the last years of James’s reign, and the precise nature of the doctrinal latitude permitted to court preachers, also contributes to a more historically informed understanding of apparent quirks in Donne’s religious and political stance, evident in his exposition of contentious doctrine concerning grace and bodily resurrection, or in his defence of the English Church. Similarly, greater understanding of the diplomatic contexts surrounding Donne’s 1619 Heidelberg sermon significantly informs, and transforms, earlier readings of Donne’s allusions to the contentious topic of James’s foreign policy in the Bohemia-Palatinate conflict.

Grouping sermons in this volume by preaching venue also offers a fresh insight into Donne’s distinctive exegetical style in the chapels royal. In particular, this volume will pay close attention to the importance for Donne’s interpretative method in his court sermons of his practical experience of legal procedure and principle. Not only was Donne deeply versed in all branches of the law, and closely associated through Lincoln’s Inn with many of its practitioners, he also sat, ex officio as Dean of St Paul’s, as a judge-delegate in the Court of Delegates and Court of High Commission. At least half of the sermons in this volume bear the visible imprint of Donne’s practical judicial service – hearing testimony, weighing evidence, and declaring sentence – manifest in his exegetical use of courtroom terms and analogies, and in his deployment of the authorised procedures of law to enable moral choice between conflicting duties. In the increasingly sharply divided political and religious culture of the late Jacobean court, Donne’s first-hand experience of judicial service – sitting on cases relating to testamentary, defamation, matrimonial, and property law – contributed much to his adjudicatory style of sermon exegesis.

Lastly, this volume also affords the opportunity for a number of bold inclusions, or reassignments of sermons from P&S by place and date. The volume opens with Donne’s 1619 address to the royal court at Heidelberg, delivered in his role as chaplain to the Doncaster embassy to Germany and the Low Countries. This oration qualifies as a Jacobean court sermon on the basis of the prominent presence in the congregation of Princess Elizabeth, daughter of James VI & I. Earlier scholarship has questioned the accuracy of the titling of the Heidelberg sermon, on the grounds that both the sermon’s scriptural text (Romans 13.11) and its discussion of predestination are inappropriate to its preaching occasion. However, my own research into the diplomatic contexts of Donne’s sermon (focussing in particular on the Palatine need for English military and financial support) leads me to defend the attribution found in the folio text of 1660/1. This attribution will, of course, be tested rigorously during the editorial process.

Two sermons preached at Whitehall, thought by P&S to date to the reign of Charles I, are reassigned to this volume on the strength of persuasive internal evidence. Both sermons touch on the controversial topic of private communion, which reached it height in 1622-1624, especially in Presbyterian attacks on the so-called Five Articles of Perth. Two sermons preached on the same text, Eccles. 5.13-14, are printed here, for the first time, as separate orations. By contrast, P&S published this pair of sermons under a single heading, unaware of the way in which the court preaching rota encouraged linked, or pairs, of sermons, preached on different days. The inclusion of Donne’s eulogy preached before the body of King James at Denmark House in 1625 also provides a fitting terminus ad quem for Donne’s career as a Jacobean court preacher, before proceeding, in Vol. III of this edition, to his sermons preached at the Caroline court.