Volume VI: Sermons Preached for the Nobility and Gentry 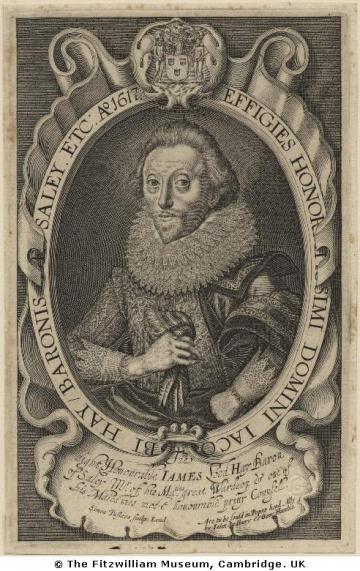 Brought together in one volume, these sermons reveal the considerable extended network of patrons and friends established and maintained by Donne from the time of his involvement with German and Dutch embassy of 1619 until the late 1620s and his funeral sermon for George Herbert’s mother, Magdalen Danvers. The volume features all but one of the six sermons listed as ‘preached to the nobility’ in Fifty Sermons (1649) - the exception being the court sermon Donne preached over the body of James in April 1626 (reassigned to Vol. II, Jacobean Court Sermons) – and adds to it four of the five sermons connected with Donne’s association with James Hay, Viscount Doncaster and later Earl of Carlisle. Of these, two (originally a single sermon, split up by Donne and rewritten in 1630) were preached at The Hague on the return leg of Doncaster’s embassy to Germany and Holland in 1619. The remaining two were preached in the autumn of 1622, after Doncaster’s return from negotiations in France. On 25 August 1622 Donne preached to Carlisle at Hanworth, the home of Sir Robert Killigrew, one of the knights who had accompanied Doncaster on the German embassy and who, like Donne, had become a client of Buckingham (both had formerly been attached to the disgraced Robert Carr, Earl of Somerset). Also in the auditory at Hanworth was Henry Percy, 9th Earl of Northumberland, Hay’s father-in-law, the so-called ‘Wizard’ Earl, who in 1602 had broken the news of Donne’s marriage to Anne More to her father, Sir George More.

Unlike those volumes dedicated to a single pulpit or auditory, Vol. VI overhears Donne preaching in a variety of situations and locations. Part of the interest of the volume, then, lies in observing how Donne adapted his oratory to the range of preaching venues encountered when away from his more familiar Lincoln’s Inn, St Paul’s, and Whitehall pulpits. Some of these locations are declared by their headnotes in the print and manuscript witnesses: these include the homes of some of Donne’s old acquaintances including Harrington House (home of the Countess of Bedford) and Syon House (home of the Earl of Northumberland, released from the Tower in 1621). Other named locations include Sir Thomas Killigrew’s house at Hanworth in Surrey, which is where Donne met Constantijn Huygens during the latter’s embassy in 1622-3. Several locations are only partly specified, but can be established fairly clearly: these include Chelsea Parish Church, where Magdalen Danvers was buried in June 1627 (Donne was forced to preach a week after the funeral, due to prior commitments), and the Earl of Exeter’s chapel at St John’s in Clerkenwell, formerly the choir of the Priory church, and derelict until James’s grant of it to the earl (William Cecil) in 1610, and thus an intriguing early example of Jacobean ecclesiastical renovation.

Bringing these sermons together in one volume reveals what is quite  lost in the Potter & Simpson edition (which spreads them out over six volumes): that Donne continued to have an extremely close and mutually beneficial relationship with a wide range of patrons, including some of the most important men in James I’s council. Potter & Simpson’s arrangement unintentionally conceals the role that Donne’s patrons (for want of a better word) played in shaping his career during his most prolific period of preaching; and, of course, it also tends to obscure the effect his preaching had on them. As Paul R. Sellin and others have argued, Donne’s role in the Doncaster embassy was not limited to the pulpit; he was an integral part of the political process as well, and his Hague sermons can and should be read in this light. Another limitation to Potter & Simpson’s approach to these nine sermons is their tendency to slight them on aesthetic grounds. Once the historical context and rhetorical moment of each sermon is taken into account, their choice of aesthetic criteria tend to seem inadequate, even arbitrary. This is true, for example, of the first part of the sermon Donne delivered in The Hague in December 1619, on Doncaster’s return from Germany. This, P&S find ‘has little spark in it’ and does not attempt to arouse its auditory’s feelings. Yet its theme of preaching and the ministerial task of ‘gather[ing] all Nations to one houshold of the faithfull’ would have spoken strongly to an auditory reflecting on Doncaster’s mission  to the Palatinate and James I’s attempts to make peace between Spain and Bohemia.

Since it is one aim of this volume to reconstruct, as far as is possible, Donne’s considered and rhetorical response to the political situations in which many of his august auditories found themselves, it will be crucial to date the sermons as precisely as possible. The biggest challenge here is to establish more securely – or to reject completely – the date for Sermon 1. Potter & Simpson assigned it to 21 Feb. 1619 on the basis of the prefatory letter to the Countess of Montgomery in the Merton and Dobell manuscripts. But the recent discovery of new manuscript evidence suggests that this date will not stand, and that it was the ‘Valediction’ sermon (and not Sermon 1) that was sent to the Countess of Montgomery with the much-copied letter. The current position is inconclusive, and it will be part of the earliest stages of work for the Volume to establish this date, or the lack of evidence for it, with certainty. Other dating work will follow, including re-examination of the Merton manuscript (in collaboration with other volume editors) in order to confirm the date suggested by Potter & Simpson (Autumn, 1622), as well as the uninterrogated lack of a date for Sermon 8.